Dysport vs Botox – Positive Patient Results Hours After Dysport Injections: Dysport is an injection that is made up of bobotulinum toxin A, which is derived from bacteria that produces botulinum toxins. Botulism interrupts nerve activity within the muscle leading to a temporary reduction in power. Relaxed muscles reduce the probability of spasms and decrease the appearance of facial wrinkles. The treatment option is as effective as Botox in that Dysport injections produces positive results within hours of application.

Why Use Dysport For Facial Wrinkles- Results on Los Angeles Patient

The male patient shown in this video had been a long time user of Botox. However, he wanted to see if he could achieve better results using Dysport. His resu…

Before choosing Dysport vs Botox the patient was unhappy with the frown lines on his forehead. After consulting with Dr. U in Los Angeles, he chose to get rid of his forehead lines with an expertly injected Dysport treatment. 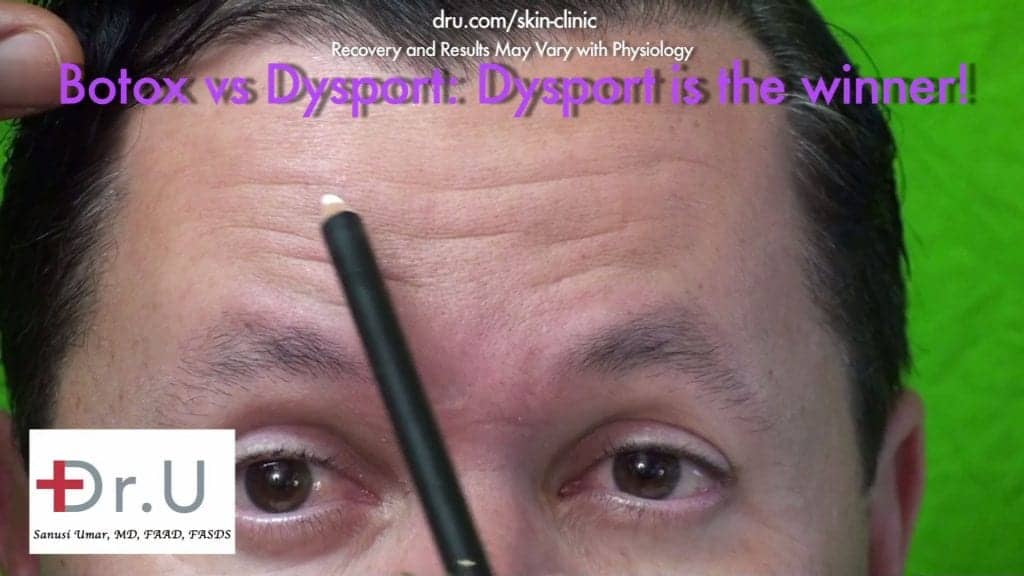 This patient struggled with frown lines that he previously treated with Botox injections. 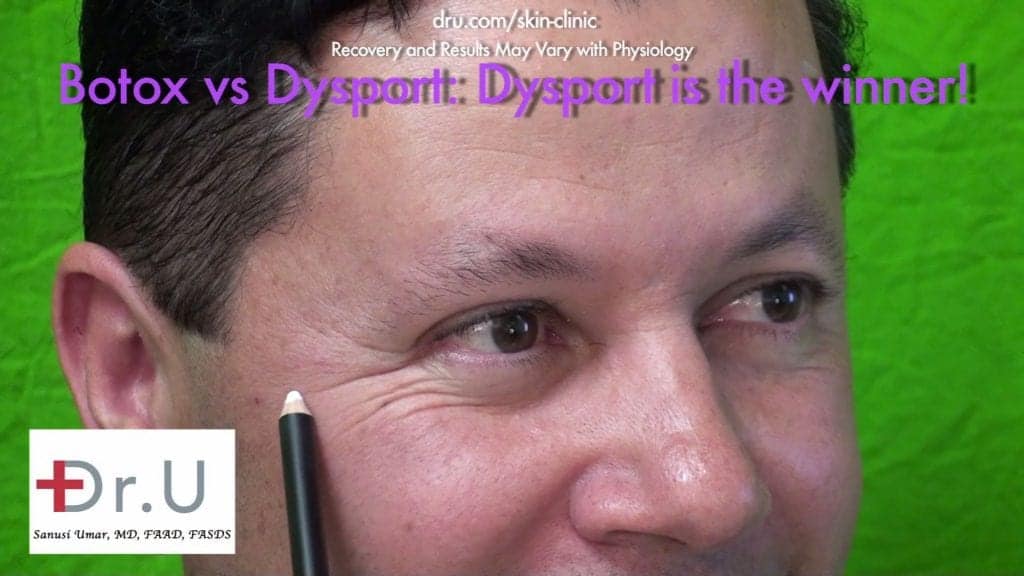 Crows feet was also a factor as shown in the photo above.

Dr. Umar injected Dysport underneath the patient’s skin where crows feet and frown lines were prevalent. Within a matter of hours, the patient reported an improved physical appearance.

“I’ve mostly had botox but I found that the results with Dysport are quicker and superior,” he explains. “They just attack the lines a lot faster. Within the same day, I started noticing a difference, within hours. And I do notice at certain spots that are stubborn like these areas between the brows, [Dysport] did a great job.” 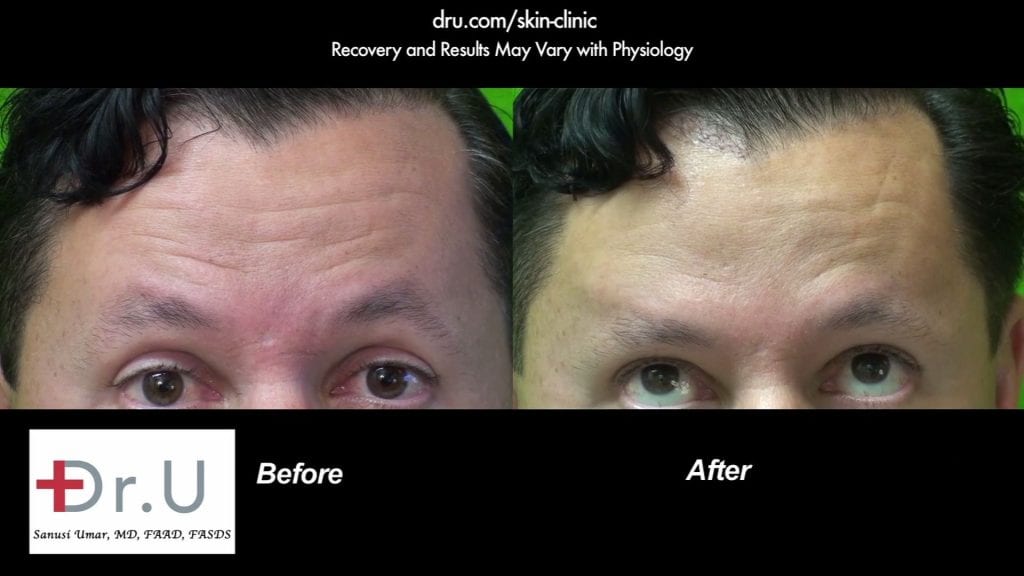 Before and after pictures of Dysport injections for frown lines. The patient was happy with his choice of Dysport vs Botox . *

The positive patient results hours after Dysport vs Botox injections extended to the client’s wife who also underwent the cosmetic procedure. “My wife had Dysport done on some very stubborn wrinkles between the brows,” the patient reveals. “Botox just wouldn’t seem to tackle it. Dysport got rid of them within hours. So I noticed a big difference in her as well.”

Watch the video below to see the full results of the patient’s wrinkle treatment with Dysport.

Dysport injections last anywhere from three to six months. Many patients return for more treatment every three months (four times annually) during the first year of treatment and find it necessary to return every six months (two times per year) thereafter.

The patient in the video below was certainly satisfied with the outcome of his procedure. “I’m very happy,” he says.

Will I see results faster with Dysport or Botox?

While results vary according to individual patient physiology, many patients have reported seeing results almost instantly after a Dysport injection.

How do I decide between Dysport vs Botox?

Both Dysport and Botox are a type of botulinum type A, with one of the main differences being the smaller size of the molecules in Dysport. Your doctor may help recommend one over the other during a consultation based on several factors, including financial considerations.

Have more questions for Dr. U? Ask them using the button below: