Dr.U Devices Inc. recently won two court victories in Germany and the United States against DevRoye Instruments over the issue of patent infringement. On a far- reaching scale, the significance of these rulings is that they highlight the intellectual property rights of inventors as protected by patent laws. The underlying purpose of these systems, which have their roots as far back as ancient Western civilizations, is to encourage societal progress by supporting the development of new advancements which can improve lives.

Courts in Germany and the United States Rule In Favor of Dr.U’s Patents for the Flared FUE Hair Transplant Punch

The litigation against Devroye Instruments began in 2017. And in February 2019, the Germany Dusseldorf District Court upheld Dr.U’s patent in Europe, No. 2,519,170, ruling that Devroye’s Trumpet punches were considered intellectual property infringements. Just a few days later, the U.S. District Court in New York rejected Devroye’s request for a ruling of non-infringement of Dr.U’s U.S. Patent No. 8,876,847.

Although Devroye Instruments had ascribed the names, “Hybrid Trumpet” and “External Serrated Hybrid Trumpet” to the devices at the center of these litigations, these terms did not change or bypass their consistencies with the structural attributes defined in Dr.U’s patents.

Producing New Inventions in Hair Transplantation and Other Fields Is A Long, Arduous Process

The entire set of features comprising the Dr.UGraft Revolution Hair Transplant Systems has culminated from over ten years of research, development, and testing.  The overall technology has evolved over many iterations before reaching its current patented version. The thinking processes involved required starting from ground zero, drawing upon self-evident information and reasoning processes. With each prototype came new insights that prompted the development of the next version. Dr.U observed the relationship between the engineered configurations and the effects they produced in terms of wound healing, excision performance, as well as transection rates. New modifications were made successively to each model before arriving at the stage where the features could be patented.

The development of Dr.U’s hair transplant technologies is just one example of the type of effort required to bring forth a new idea into a final tangible product before it is made publically available.

Edison and his colleagues tested around 3000 theories before developing the incandescent lamp. To identify the right filament material, he tested “no fewer than 6,000 vegetable growths and ransacked the world for the most suitable filament material.” He noted, “The electric light has caused me the greatest amount of study and has required the most elaborate experiments. Genius is 1% inspiration and 99% perspiration. “

Before the first iPhone, the first prototype had numerous problems that needed to be solved. The memory and virtual keyboard did not work correctly, causing other letters to mistakenly appear. Steve Jobs insisted on the use of glass, instead of plastic for the touchscreen. This required developers to develop an entirely new, but effective way of embedding sensors beneath the surface. Another issue was creating new forms of call testing protocols just so that the iPhone could be accepted by the At&t network.

Henry Helgeson, CEO, and co-founder of Cayan, a mobile payments technology company (2011), summarized these types of processes best in saying that “products are not going to be perfect in their first iterations. You’ll have to tweak the product along the way, and the best way to figure out those changes is by testing your invention with real customers.” He emphasizes, “the validation process needs to happen on a regular basis.”

Patent Laws  Have Worked to Protect Inventors Since Ancient Times

Patent laws exist for most modern countries throughout the world. Historically, their purpose has been to encourage progress through the development of original, new inventions. As discussed above, the processes needed to turn an idea into a final product is very extensive. Without protection for inventors, it becomes all too easy for ideas to become stolen and exploited. Innovators would then never even attempt to invest considerable amounts of time, efforts and finances to develop brand new advancements.

When we see new product ideas, it is easy to only perceive what is already in front of us. Understandably the hard work and efforts made to actually bring the idea into its final form is something that never really occurs to most people unless they have actually gone through this type of experience.

Thus, throughout history, the arrival of new innovations have commonly been followed by the phenomenon of competitors who copy the idea in one form or another and bring it forth to sell for their benefit in the marketplace. This precipitated the need for patent laws.

Perhaps the first documented form of protection for intellectual property was back in 500BC which allowed chefs in Sybaris to earn profit for up to a year on a unique type of recipe they created.

The Venetian Act of 1474 was the first patent system that was codified in Europe, allowing for an easier process to obtain protection for an original creation. Our current process for obtaining a patent in the U.S. was modeled after this standard.

Within the United States, the authors of the Constitution specified Article 1, Section 8 Clause 8 which grants Congress the right to “promote the Progress of Science and useful Arts by securing for limited Times to Authors and Inventors the exclusive Right to their respective writings.” 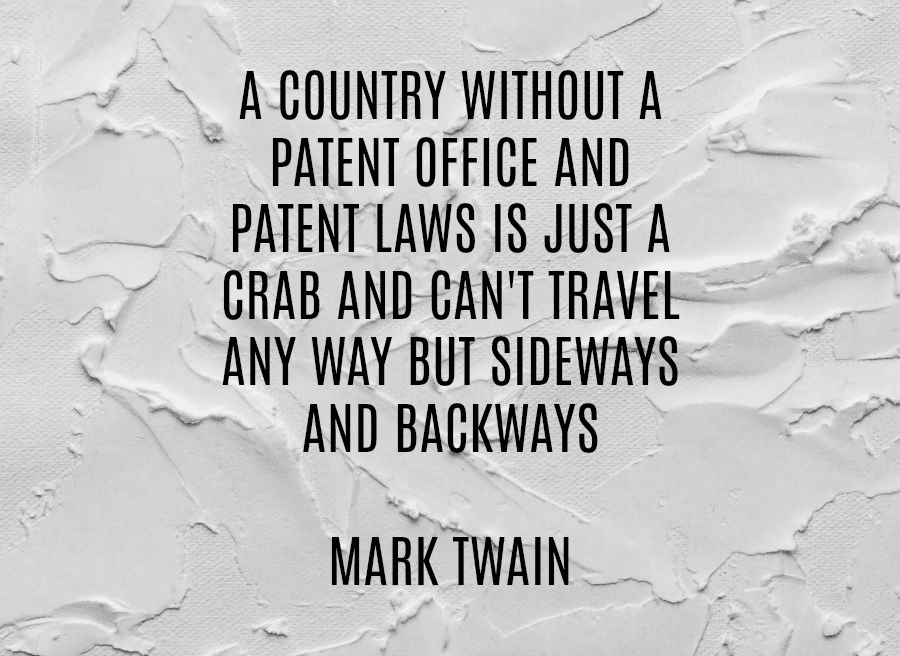 Patent laws serve to protect the rights of inventors

The 5th edition of the U.S. Chamber International IP Index, entitled, “The Roots of Innovation,” published by the United States Chamber of Commerce discusses why intellectual property (IP) is an indispensable agent for fostering innovation and creativity on a “socially transformative scale.”

Besides protecting and incentivizing innovation, the issuance of patents also serves as a monitoring index for the progress of countries and companies in terms of areas such as:

The exclusivity rights granted by patents attract venture capital investment. In other words, without competitors, a patented invention will capture exclusive market share, which is compelling for investors. This, in turn, helps spur economic growth through the creation of new jobs. 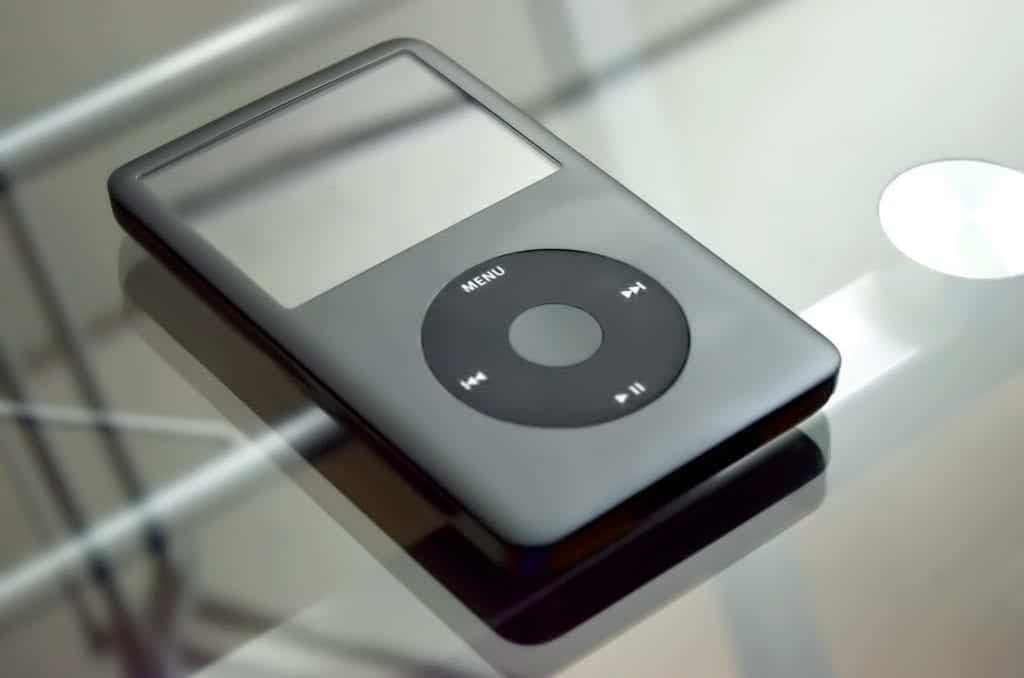 The MP3 player was invented in Germany, a country which upholds strict patent laws to encourage innovation

The World Economic Forum considers Germany to have the most innovative economy on the globe, according to their Global Competitiveness Report (2017), where the nation scored 87.5/100 in the pillar of Innovation Capability. This is regarded as one of 12 factors that propel a nation’s productivity.

The DPMA, which is Germany’s patent and trademark office, attributes the nation’s positioning as the top innovator in the world to the number of ideas generated, which is reflected in the number of patents issued. According to the organization, “protecting innovative companies makes the individual firms, and Germany as a location for industry, more competitive. Consumers also profit from innovative products.”

Examples of inventive concepts that originated in Germany, primarily reside in the automotive industry. These include:

The MP3 player was invented in Germany as well, along with the first hydrogen-powered train in the world.

Dr.U Devices believes in the importance of protecting the rights of inventors and originators of unique new ideas. The journey of developing a novel concept and bringing it to the general public is by far, not an easy road to take. Enforcing patent laws doesn’t just serve the individual interests of inventors, but society as a whole which benefits in multiple ways from the protection offered by patents for new forms of innovation.

If you found this blog post article to be interesting and would like to send Dr.U a question, submit your inquiry through the Ask Dr.U button below.

How does an invention qualify for a patent?

In the United States, an invention qualifies for a patent if it falls under an eligible subject matter. It must also show a strong novel element. The innovation must represent an inventive, non-obvious step that is useful and not merely theoretical.

Why do some people think that patent systems hinder innovation

Some people believe that patent systems can impede innovation, due to the high costs associated with obtaining a patent. Also, there are ways for patent laws to be abused. For example, some companies, referred to as patent trolls will purchase patents at a low cost from bankrupt companies. They will then look for companies who produce similar ideas and threaten them with lawsuits or demand high priced licensing fees. Patent trolls are also known as Non-Practicing Entities (NPEs) or Patent Assertion Entities (PAEs).

Yes. If another company wishes to utilize a patented invention for profit,  they can negotiate a licensing agreement. Inventors can choose to license the right to sell, produce or use their product. Under this type of arrangement, they retain the ownership of their intellectual property while earning royalty payments on future sales of their product. Exclusive licenses may be granted to one or more companies.